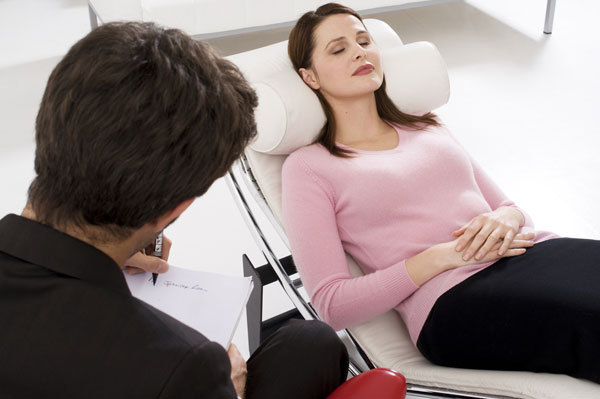 Hypnosis and psychology have been two of the loves of my life since I was first introduced to them at the age of thirteen. Up until now, I have resisted the urge to bring hypnosis into this blog in any form, but now I have succumbed to temptation. Because I believe it is useful for so many problems faced by people in their everyday lives, I am now going to begin to do reviews of hypnosis products for weight loss.

4.  Background music or lack of

I spend the whole of the previous year trying to develop a line of hypnosis products. Despite spending a small fortune on a sound studio, I could not come up with a product that met my own standards of quality. Believe me when I say the easy part is developing the scripts. After that comes the background music, the sound equipment, the packaging, and last but not the least is the insurance. When insurance companies get involved the sky is the limit, this despite the fact that hypnosis has proven to be safe in the hands of those who are properly trained in its use.

How many people do you know who want to stop smoking but lack the will power? Or want to end their fear of flying or stop freaking out every time they encounter a spider. Yes, there is a need for hypnosis. Unfortunately, there is also an incredible amount of superstition and ignorance regarding hypnosis

Media hype might have you believe that a hypnotist can command and direct your behavior; They would like you to think that, you can be forced to carry out all kinds of unspeakable activities against your will, while in a hypnotic trance. The following is a list of some of the more common misconceptions that need to be cleared up.

A Hypnotherapist Can Compel You To Do Things Contrary To Your Will.

False. The hypnotist does not have any powers over the client at all, and cannot make you commit acts against your will. Forget the stories you heard about the person who did the chicken act at the hypnosis stage show. I think as children, and maybe even as adults everyone has known someone who would not be apposed to imitating a chicken because in the mind of some people, any attention is better than none.

Stage hypnotists will usually do a group induction, at the beginning of the show. The hypnotist will go into the audience at this time. This is not just to warm up the audience; it is done solely for spotting the most likely subject for the demonstrations. It is clear to the hypnotist from the very beginning who will be the chicken. The hypnotist is watching for the following physical signs.

2. Flushing of the skin

4. Decrease in rate of breathing

Some individuals are fearful of the emotions they struggle to suppress; they may fear loss of control. Or because of an unsafe childhood, they feel they have to be constantly on guard. Those who could benefit enormously from hypnosis are the very ones who will avoid it.
All Hypnosis is actually self-controlled and self-directed. The hypnotist only guides the client into a hypnotic state and gives situation appropriate suggestions. If the client feels uncomfortable with the suggestions, he or she can reject them at any time. Hypnosis is actually a case of co-operation between the hypnotist and his subject, not some kind of power the hypnotist has which will force the client to surrender to their will.

As a certified hypnotherapist I am always amused by the suggestion that any normal person’s will, can be overridden by suggestion. My induction ALWAYS includes the phrase. “I am your guide, I am only a guide. You are always in control, anytime you desire to leave hypnosis, simply count from one to five at the count of five your eyes will open and you will be alert, rested and refreshed”.This is only for the benefit on my client; I am will aware that without the co-operation of the client I am helpless. When you attend hypnosis classes, you send most of time learning what not to do.

Do not assume that just because you are seeing someone that spent eight years in institutions of higher learning that they are qualified to do hypnotherapy. Hypnosis is loosely regulated; anyone can attend a weekend class and become a certified hypnotherapist or a master hypnotist.

False. Hypnosis has nothing to do with will power. People frequently confuse gullibility with hypnotizability. The ability to go into a deep trance state is related to intelligence, imagination and the ability to concentrate. Hypnosis is a state of focused concentration, where the critical faculties can be bypassed. The unconscious mind is where the real power actually resides. This is where we can be moved emotionally, be influenced, and be affected, but we lack the ability to tap into it on a conscious level.

While In Trance, The Subject Is Totally Unconscious.

During the process of hypnosis, the subject is aware of their surroundings. While in hypnosis, you are in contact with both the conscious and the subconscious mind. This is known as dual mind; in fact, if I were doing a hypnosis session I might use an indirect method of induction. Indirect induction uses awareness of the surrounding environment as part of the induction.

For example, I might say “now you become aware of the sound of traffic on the street and every sound takes you deeper and deeper into relaxation……..now you feel your back pressing against the chair, you feel safe and comfortable as you relax and drift deeper” etc. You get the point, the client is very aware of both their surroundings and their body.

While In Trance, One Can Be Made To Divulge Secrets.

False. The ego is a protective mechanism and is present while the subject is in trance. This is why an individual will not divulge secrets, or do anything against his or her will. The dual mind is also the reason the subject is capable of telling lies and editing. This is frequently a means of self-protection as perceived by the subject.

Hypnosis Acts As a truth Serum

False. Nothing could be further from the truth as I stated earlier. Individuals are perfectly capable of telling lies and editing, and using lies of denial to hide the truth from themselves and others while in trance. Subjects feel as if their behavior is something that just occurs and is totally passive, and is beyond their control or intentions. In fact, subjects do not behave in a passive way. Subjects bring their own cultural ideas, morals and prejudges into the session with them. They also bring their own understanding of what the hypnotist wants or expects of them. The perceived  expectations of the hypnotist can have a huge influence on the session.

Highly hypnotizable subjects are able to recite very detained and dramatic accounts of their first moments and months of life. Even if the recounted event did not occur. Research has repeatedly demonstrated adult simply do not have the ability to remember early events in their lives.

How To Feel Fuller On Less Food

Find out more or adjust your settings.

This website uses cookies so that we can provide you with the best user experience possible. Cookie information is stored in your browser and performs functions such as recognising you when you return to our website and helping our team to understand which sections of the website you find most interesting and useful.

Strictly Necessary Cookie should be enabled at all times so that we can save your preferences for cookie settings.

If you disable this cookie, we will not be able to save your preferences. This means that every time you visit this website you will need to enable or disable cookies again.